The Sales Development role is an important one…but a challenging one. So challenging, the turnover rate is consistently between 35-40% annually.

Just not at Workfront.

Justin Hiatt is VP of Sales Development at Workfront. He’s built a team that not only is crushing their quotas, they’ve built a culture that has resulted in 90% retention rates. In this episode, Justin shares the non-negotiables that have led to a high-performing team that is growing fast, how he’s been able to create clear career paths for every rep on his team, why coaching is a leaders’ primary role…and why a rep should quit if they aren’t getting meaningful coaching from their leaders. 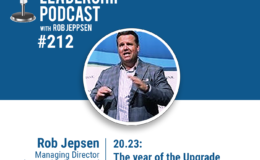 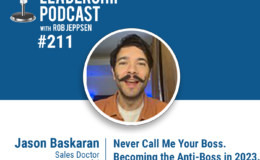 #211: Jason Baskaran, The Sales Doctor and Commercial Account Executive at Contentful— Never Call Me Your Boss. Becoming the Anti-Boss in 2023.